I don’t know if it’s because it’s cold outside and I feel like cocooning in my warm apartment, but I have been craving for sweets a lot lately! So today I want to share with you my recipe of Flan Pâtissier or custard pie. It is such an easy and fast dessert to make and I like the gooeyness of the custard combined to the crispiness of the pie crust. 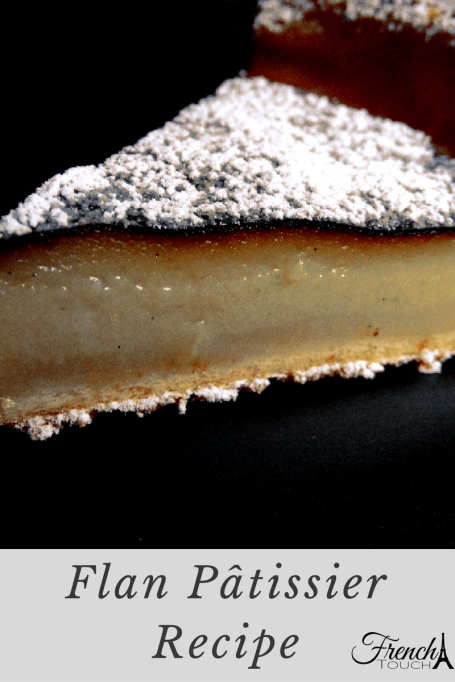 If you tried pastel de nata, the portuguese pastries then you will probably like Flan Pâtissier as it is very similar. It is way less buttery and the crust is not as flaky but it taste very similar.

This is a very popular pie in France and can be found in any bakery. Flan Pâtissier can be found all around the world in diverse variations such as pastel de nata in Portugal, custard tart in England or the egg tart in China, so Flan Pâtissier is basically the French version of it. It appeared during the Middle Age in France from England and was served for the coronation of Henry the fourth of England. Every recipe is different from the type of crust used and the amount of sugar, and the one from France is made of a regular pie crust or pâte brisé, milk and corn starch.

1- If you made your own pie crust: the best is to do it the day before. Put it in a deep pie dish or cake dish (it works too), and prick the pie crust with a fork. Let in the fridge all night.

If you bought your pie crust: the day before put it into a deep pie dish or cake dish, and prick the pie crust with a fork. Let in the fridge all night.

2- The next day, prepare the custard. It is very easy! First add the milk and water into a large pot. Take your vanilla beans and take the beans out with the blade your knife. Add the beans you collected as well as the empty vanilla beans into the pot. Add 2/4 cup of sugar and bring the pot to boil.

4- Once the mixture in the pot is boiling, pour it into the mixing bowl. Mix well while you are pouring the mixture.

5- Pour back the whole mixture into the pot and put on medium heat. Keep stirring until the mixture become thicker. You want the mixture to become quite thick but not too much. Basically it has to be a bit thicker than a pastry cream.

6- Preheat your oven  to 350 F. Take your pie crust out of the fridge and pour in the custard. 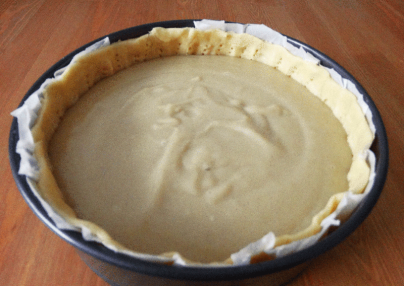 7- Let it cook for about an hour in the oven. If it is cooked, the custard should not move into the pie crust.

Let cool down on a rack and sprinkle some icing sugar on top for decoration. Serve right away.

This is the classic recipe of Flan Pâtissier and obviously you can can make different variations of it such as adding coconut or chocolate. It is up to you. 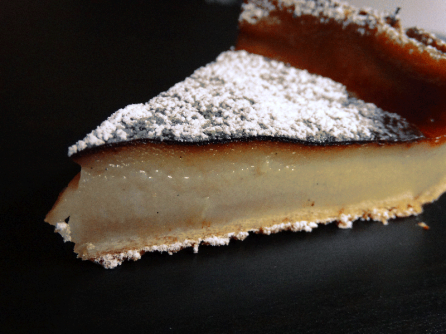 Don’t forget to share and like this recipe and let me know in the comments if you enjoyed it!